In House #1862: An Interview with The Broken West's Ross Flournoy

Easily one of the most talked about debut releases of the year, The Broken West's I Can't Go On, I'll Go On came out on Merge in February to much praise. The L.A.-borne band's first full-length mixes the indie sound of peers like The Shins with influences straight from your parents' vinyl stash-- if you had cool parents (think Big Star, The Byrds, and Gram Parsons). The band has spent the better part of the year thus far on the road, including a super-pop trifecta bill with Stars of Track & Field and The Long Winters. We caught up with Broken West frontman Ross Flournoy following a performance last month at Salt Lake City's Kilby Court to discuss their expectations prior to the debut's release, their comparatively aged fanbase, and summer touring plans (including slots opening for the Fountains of Wayne and The National). 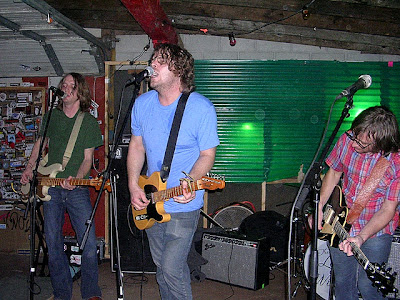